Our organization has been established and Registered under Society and Trust Act with the aims to do Social Welfare activities like set up education institution to run Educational Institute and Vocational and Income Generating and Health Scheme to take available opportunities for the unemployed  youth etc.

This organization has been ahead in other social activities and it has early participated in many Government schemes Eg. Environmental Education Awareness campaign, and organizing many health related camps etc

Organization has in the past been involved in activities for awareness campaign on issues like TB & Environment protection.

Organisation is working with Minority community with main focused on women and children’s issue. The organization is realized the need of demanding Rights and Govt. services needs to be go in hand in hand in the development of Urban Migrated poor’s in the economics development. We have tried Entrepreneurship development and in the Education we have targeted Youth, Children and Women’s on awareness on TB.

Akar Samajik Sanstha came into existence with the heartfelt experiences and efforts of Asha Kiran Kamble and her associates in the Malwani Slum Area. She has closely worked in the ecosystem of Malwani for past seventeen years.

While pondering over ideas to build upon, she was approached by the community members. They believed that there is multitude of needs which could be addressed under the direction of Asha Kamble.

The urban poverty stares at you stark naked when you enter the areas of New Collectors Compound, Old collectors compound, Ambojwadi etc. The population is largely secondary level educated, semi-skilled and seasonally employed; making them socially, economically, and emotionally vulnerable.

Above cited living conditions make women and children doubly marginalised. Firstly, because of their gender and age vulnerability and secondly, due to urban poverty. During various conversations shared with the community members health emerged as an important predicament which till now had been largely ignored. In this issue as well women and children become predominantly vulnerable. Women always keep their family needs in the forefront and their own needs like health is often given a back seat by them. It can be because of socialisation, lack of awareness, lack of knowledge, or the economic prioritization women tend to do as household managers.

There are only two health centres in the area. In the absence of proper health support women and children remain largely ignored groups. Therefore, the need to provide health support becomes crucial. It can be via many means like information sharing, knowledge building, establishing affordable health centres, and catering pharmacology and pathology demands at affordable prices.

In addition, the Malwani area has huge Muslim population. Muslim women‘s education is not given much priority. It is only given importance to a certain acceptable standards e.g. Secondary school or higher secondary school.

Lack of Education directly affects their employability in the market. In other words, it leaves them with the last resort of working as home based workers. Akar’s goal is to enhance the demand for home based work and sharpen their skills to create a bigger market.

Lot of brainstorming on issues and needs led to the conclusion that economic resurgence through livelihood can help buffering these issues. Thus Akar foundation was laid on December, 2013.The first meeting was held in April 2014.

Livelihood in the area was closely understood by Asha Kamble while working in the area. This became a positive aspect for Akar because she already knew about the dynamics of livelihood. Definitely, this was not achieved in a day, she learned through practical field experiences.

In these past three years trajectories like health and education once again emerged as issues. These issues are not only determinants of an individual’s well –being but also hinder livelihood processes.

Gradually, Akar is working towards elimination of these issues. We as an organisation are working bit by bit to bring about positive social-economic change.

The vision of the organization is to empower the Marginalized community women by facilitating their social and economic development. This will be done by focusing in the areas of Health, Education and Livelihoods.

There is also a cluster called Mahakali where Akar works.

Protection of environment in integral of curriculum in education.

Work Profile of the Organization 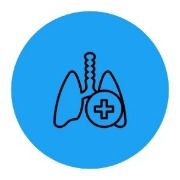 Sector/s  in which work has been done 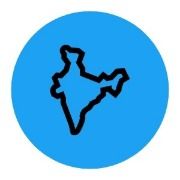 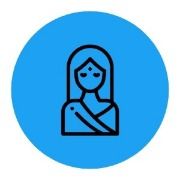 We are in the process of adding more Updates.


We are in the process of adding more opportunities.

RETURN/ REFUND POLICY:
The organization takes the responsibility to process donations as per the instructions given by our donors, online and offline. However, in case of an unlikely event of an erroneous donation or if the donor would like to apply for a refund, the organization will respond to the donor within 15 working days of receiving a valid request for refund from the donor. The timely refund of the donation will depend upon the type of credit card/banking instrument used during the transaction. The donor will have to send a mail to the organization requesting refund within 2 working days of making the donation, along with payment receipt and person details necessary for initiating refund.
Akar Samajik Sanstha is not obliged to make refunds and may, in its discretion, decline any requests for refund of donations, particularly if a tax exemption certificate has been issued.